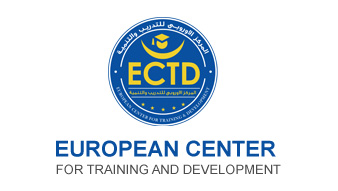 Manifestations of administrative backwardness in developing countries
There are common features and characteristics of administrative backwardness in developing countries, sometimes called administrative problems in developing countries. These problems differ from one country to another, depending on the different environment, and the political, social, and economic conditions in those countries, but most developing countries share the following problems:
1. The long, complex routine, which is the length and delay of working procedures for transactions
For a long time on the staff offices
2. The inflation of the administrative apparatus, which includes the public and private sectors, is the creation of large numbers of ministries, departments, and government institutions, and the creation of many administrative units therein.
3. Job inflation, as it is noticed that there are large numbers of employees in offices, who work only a few hours. (Job inflation often complicates procedures, and impedes the flow of transactions, because employees want to create jobs for themselves during the official working hours, so they increase the steps of transaction procedures).
4. Adherence to the professionalism of the law or the system, where many employees in developing countries resort to the literal application of laws, regulations, regulations, and instructions issued to them by the top management, and this behavior leads to harassment of citizens who obtain services from those governmental agencies, and from these Government employees.
5. Negligence and indifference by employees, where the phenomenon of negligence and indifference is observed among employees in many developing countries, and the reasons for the existence of this phenomenon are due to the stray salary that these employees receive, their laziness, and the weak oversight of their performance of their work.
6. The tendency towards stereotypes in systems and work methods, where many developing countries tend to apply uniform systems in financial affairs and personnel affairs in all their apparatuses, regardless of the differences in the nature of the work and its environment, between those agencies.
7. The absence of a coordination factor between the multiple government agencies in the country and between companies
That executes projects, which impedes the performance of government agencies, and delays the completion of projects by the executing companies.
8. Inelasticity, as some organizations in developing countries are characterized by inelasticity, as they do not accept change or renewal, and do not adapt to internal and external changes, and this leads to delay in doing business and lower productivity.
9. Introduced the organizations, as it is noticed that some organizations have become outdated and not in keeping with the spirit of the times, due to the long period of time passed on them since its establishment, and that no changes were made to them, neither in terms of organization, nor in terms of procedures, nor in terms of devices and equipment, which It leads to a decrease in the adequacy of the business.
10. Extravagance and the high economic cost of services or production. Waste and extravagance are among the observed phenomena in developing countries, as many of these countries expand spending on buildings, furniture, and the purchase of devices, cars, and other aspects of unnecessary spending (often). )
11. Favoritism and cronyism, embodied in appointing relatives and friends and promoting them to leadership positions, without looking at their competencies or their educational qualifications.
12. Weak administrative manners, widespread bribery, and unlawful gains at the expense of public office and the public interest.
13. Bring a strict confidentiality to administrative works, laws, regulations,
Regulations, instructions, and some ordinary work are considered confidential matters by some employees. Confidentiality has negative aspects.