How do we correct the labor market? And when? 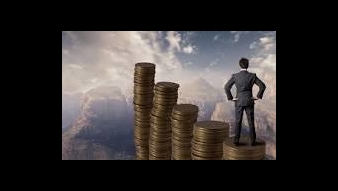 There is no homeland except that it is supposed to make its citizens in the forefront of beneficiaries of its educational and health services, and other services, as well as their jobs and jobs, to be at the forefront of benefiting from good things, but circumstances may prevent this sometimes, and things go contrary, The citizen finds a fierce competition from the expatriates that he is not able to enter the work environment from the ground, and that his income and income in any way, either by means of pressure exerted by either within the organization or from outside it remains a potential threat to his fellow expatriates and is therefore harassed, Marginalization, inability to gain experience, and assigning work Slow, and irrelevant. The reality of the labor market in our country is that there are more than 12 million expatriates, part of which can be dispensed with immediately because it lives on the community and does not have any productivity, it is even more harmful than its usefulness in violating regulations and the practice of harming the homeland and the citizen, Exhausting public services, and reducing the life span of the infrastructure, but another part is doing jobs that require skills, training, as in the maintenance of cars, and these are our youth studied and trained, but they affect other work on what they specialize in, and this is a cultural problem at the level Singles and social, as there are other good works, and comfortable, as in Retail sale is now monopolized by expatriates. The problem of saturation of the labor market with expatriate labor is not the result of the day, but the result of accumulations contributed by the official authorities concerned. I remember that 20 years ago, at the King Faisal Hotel in the Intercontinental Hotel under the patronage of Prince Nayef, Which caused the influx of the market to the expatriates; the government or the businessmen. What Hussein Abu Daoud, the head of the chambers of commerce, said at the time was that businessmen were not the reason for the saturation of the labor market; they were keen to invest in those who had been brought in, The state knows who is the culprit; Rat for those who engage in cover-up, causing the current situation. Since that conference, and before and until now, the voices, calls through scripts and media programs on reforming the market situation have not been silenced, to serve the citizen and the nation to address the high unemployment rate of 12.8%, and with the recent measures of a homeland without backwardness, It is not enough to solve the problem of unemployment among young people with good qualifications who speak for themselves strongly through social media and traditional media. The labor market has several elements, the first of which is the nature of the work or the profession, the second is the employee, whether in the government or the private sector, and the third is the regulatory and supervisory authorities, and the legislators that follow the conditions of the labor market, Shura and Chambers of Commerce. The fourth element is the job seeker, who may be a citizen or an expatriate, qualified or not qualified, has previous experience or without, and there is no doubt that these elements combined, or one of them determines who earns his job, and the employer has his conditions and specifications Who works for him, and the job has its requirements for those who occupy it, and the researcher Mell has the abilities and skills that may rise to the required specifications, or less. The market has been complicated by the changes that the society has undergone over the past years and the uncontrolled and disciplined openness that has brought about this huge number of expatriate workers who find their way to work sites and compete with the citizen. In order to repair the market imbalance, it is necessary to instill a strong work culture among young people that enables them to regain their role in building their society, a culture that will make them energy, instead of a culture of hanging around, pulling both men out of the yard of justice. To compete with others, with the knowledge and skills suited to the profession that he wishes to occupy, and in this act impose the citizen himself, and make it a strong efficiency, everyone is looking for them, and the legislative and regulatory bodies, the role of enacting regulations, and review what is there, to limit the actions Employees, and their preferred practices for the expatriate according to the citizen, by justifying T various, some realistic and the other is illogical. Training and retraining with the aim of rehabilitation and rehabilitation is a necessary necessity if we are to re-correct the market, with the consequent follow-up of developments in technology in the labor market, resulting from the exclusion of certain professions and the creation of new professions. It is worth mentioning that some countries attract some of those who have already worked in the Kingdom, especially in the medical field, for their experience and training in the latest equipment. I think that military education is one of the elements of the new culture, to find individuals with psychological rigidity that suits contemporary conditions.