How do family businesses deal with the new economic environment? 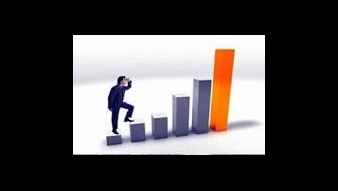 Family businesses are the cornerstone of any country's economy. Our companies face double challenges in terms of the new economic environment. In terms of the succession of parents and children, today's talk will focus on what needs to be done to deal with the new economic environment. Over 60 years, huge family fortunes have been created as a result of the state's huge spending on infrastructure, infrastructure and services, as well as government deposits in various banks, leading to major national companies. The parents' generation believes that maintaining one activity in some sectors is an ideal choice against the past. This belief, at least in part, has led to a decline in cash flow, as was the case with companies that rely too heavily on government spending. Economic development. As a first step to interact with the changing economic environment and within the context of (Vision 2030) and the transition from an economy that depends on government spending to a self-reliant economy through a more open and competitive market. And the study of the behavior of the investment sectors in terms of their vulnerability to government spending and the extent of their resistance to the economic cycles of the decline, in addition to the need to determine the appetite for risk in profit and loss based on the expected returns and the degree of acceptance of risks against profits, and the extent of the association of products and services company behavior of consumers in terms of Ah response to the macroeconomic performance. I will just explain the behavior of four key sectors. First, there are sectors that are resistant to economic downturns such as basic consumer goods, which are the basic products that consumers need regardless of their physical or economic status, such as food, clothing and services that people use on a daily basis. The health of the financial situation of the middle class. Second, the non-core consumer goods and services sector, such as new cars, durable goods, luxury goods, hotels, holidays, entertainment and specialty retail outlets. This sector is closely linked to macro-economic health, growing strongly with low interest rates and slowing slowly during the economic slowdown. Third, the services sector and the management of public utilities such as gas and water, electricity and privatization. This sector is linked to the stable demand from the consumer sector. It is not affected by the movement of economic cycles. It is one of the sectors of defense in deflation and stagnation. Fourth, the health and health services sector is one of the least sensitive sectors of the economic cycles and often tends to improve relative to post-market stability, especially in post-deceleration situations. The conclusion is that family businesses are currently facing major challenges for economic and legislative adjustment, so studying the behavior of the sector in the stages of prosperity, slowdown and economic recession contributes to the development of appropriate short and strategic approaches.