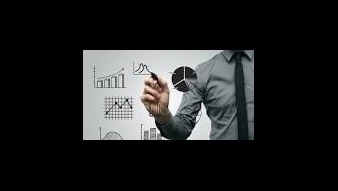 Natural resources, human resources, capital formation, technological sophistication and the nature of the country's institutional structure are the most important sources of economic growth. Economic growth means an ongoing improvement in the economy's ability to meet people's demand for goods and services. This improvement is dependent on increased production and productivity of growth sources. There is more to the perception of economic growth and methods of measurement. The term is often meant to mean the initial meaning of increasing the size of the economy as measured by statistical bodies, regardless of the nature and causes of the increase. This does not mean ignoring the nature and the reasons, but the consideration of these things comes within the recognition of the ability of the economy of production in the long term to achieve growth. Growth is measured in its primary sense in two ways, which I mention in detail: the method of demand and the total expenditure on goods and services procured. The presentation means the sum of goods and services produced. If we take the Saudi economy for example, it is known that it has grown a lot during the last 60 years, almost non-existent, the economic construction was very primitive. But government spending on oil revenues has been the engine of this development and growth for decades, through the operation of factors of production from capital, land and labor. Several period studies have been conducted and have shown that the intensity of exports of raw materials weakens economic growth. It is therefore a challenge to work and grow production factors in isolation or a weak dependence on oil income. Natural resources are not limited to wealth such as oil and other minerals, but rather the more general meaning of every resource not originally made by man, including land, its characteristics and natural resources. And the availability of natural resources of its own, does not, of course, guarantee economic growth. Three elements determine the contribution of human resources to growth: their number, skills and performance. Every factor that helps to improve these elements automatically helps the economy grow. Capital formation encompasses every capital structure. Factories, roads, power plants and infrastructure examples. Capital formation requires, among other things, the sacrifice of a significant portion of the annual resources to be used for capital construction instead of consumption. It is therefore noted that strong growth countries devote a large part of their resources and production to investment in order to increase capital formation. And vice versa. In other words, the weakness of the allocation for investment weakens economic growth. The fourth element of economic growth is change and technological development. The fifth component of the institutional structure is the nature of state building, the stability of its political system, the nature and quality of its government administration, its regulations and regulations, and so forth. The rest of the article is devoted to presenting points about the engine for non-oil growth in the Saudi economy. The engine is the factors of production of human resources and capital formation and improvement in the structure and technology. The effect of factor productivity on economic growth is less than assumed or should be. To facilitate understanding, economists call productivity as efficient and good use of capital and manpower in the production process. Productivity has methods that are measured in research and studies. Given the relatively weak productivity problem, the next question is how do we improve it? Improving tools, policies and civil service programs to improve performance and productivity Privatization provided that there is a strong governance framework in processes of a commercial nature Which is currently being managed by the Government to improve the investment climate and to conduct business in general, the quality of government regulations and the degree of people's conviction. Improving the investment climate and doing business, for example, needs to be included within the limits of course in the application of fiscal balance programs and in the repair of existing defects in economic construction and the controls and regulations it governs. Greater coordination and cooperation among State agencies in the development and implementation of their programs should also be introduced. Of the requirements initiated or initiated by the expansion of industrial and technical cities. On the labor side, greater attention is being paid to training and to expanding the provision of public transport, thus reducing the cost of labor to reach the workplace. There are many points related to raising human resources productivity. But I will go to a basic point without details. Human resource productivity depends on the structure of social and behavioral values ​​in society. This structure is of great importance in interpreting changes and differences in economic performance among countries. There is a deep debate about civic values ​​and community culture in any society in influencing economic performance and in the performance of governmental and non-governmental organizations.